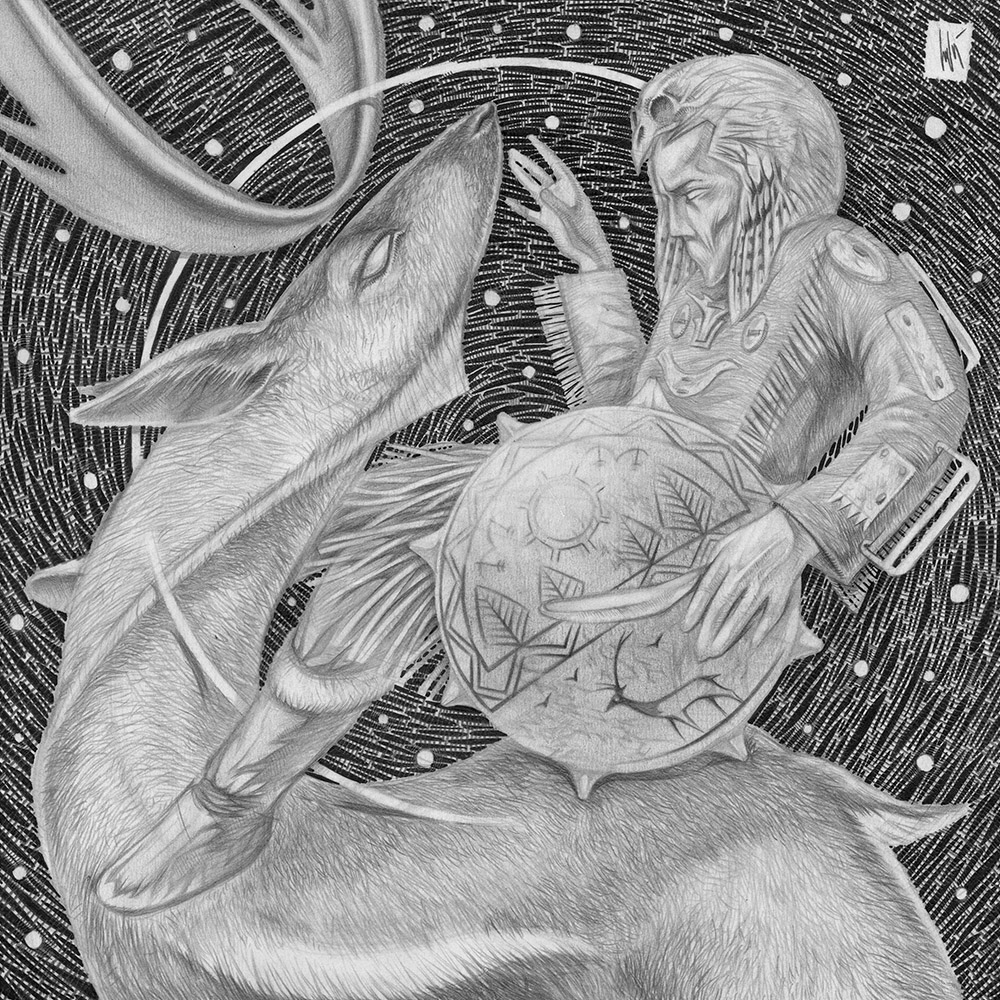 Idea of work
Finally, it was completely possible to capture the birth of an idea that naturally came by itself, in the process of drawing. First a deer appeared, then a rider, then a rider became a shaman. Then I reviewed a bunch of shamanistic outfits and did something the way I saw it, something the way I wanted it myself. But the very unity of the shaman with a semi-mythical deer in a trance seemed to be able to portray.

Technics
In terms of technology, I wanted to make more details and different textures. With the background, there were big doubts whether it was worth hatching or leaving it without a pencil. I finished it with a pencil, but I liked the first version too, even though it turned out to be more flickering, which in theory is more suitable for trance.