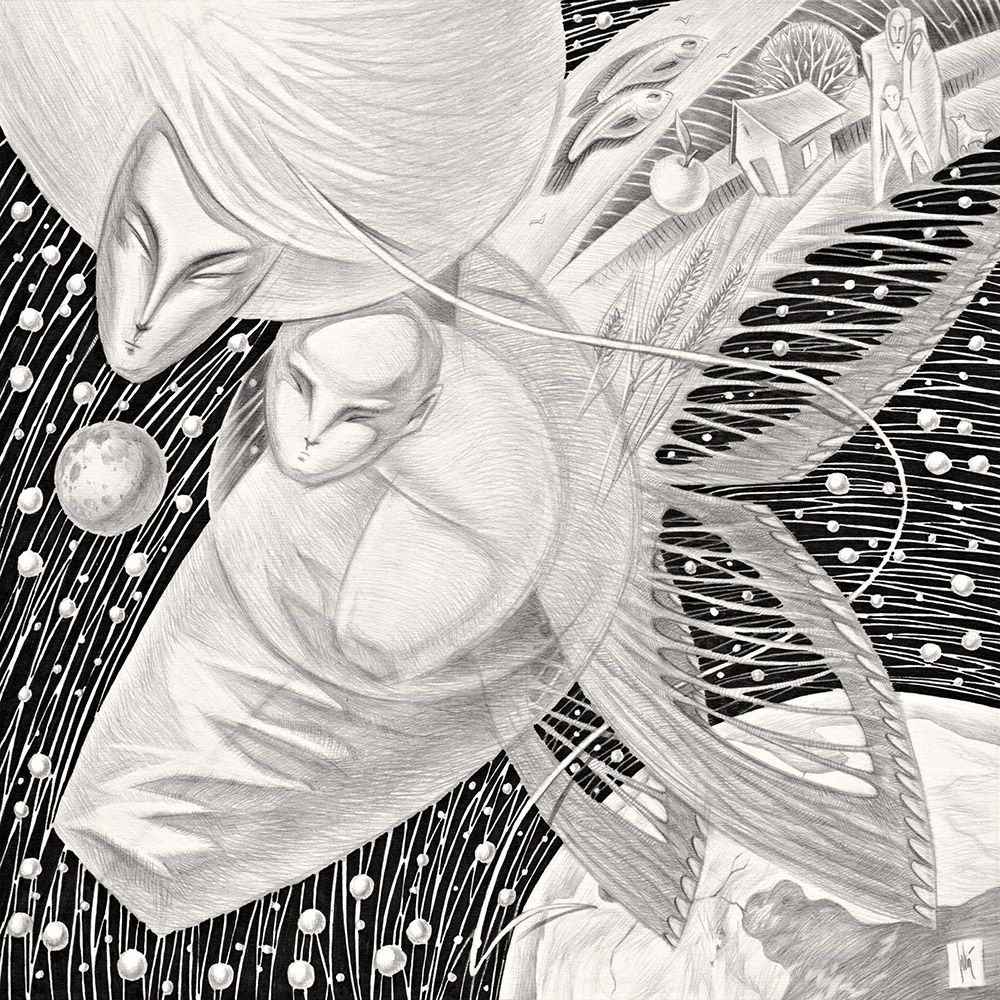 Idea of work
A supercontinent that existed at the end of the Paleozoic and the beginning of the Mesozoic and united almost the entire land of the Earth 335-175 million years ago. A worthy plot, in my opinion, not only for paintings, but also for films, music and dance. The very idea of ​​portraying a humanized image of Pangea, and even a pregnant Gaia, was also born spontaneously. And I’m always interested in how the artist’s brain interacts with a series of random lines and shapes. In the same initial forms, everyone can see their own, and sometimes you have to make a choice when you see not one, but several ideas on the sheet.

A butterfly is, in my opinion, a symbol of fragile hope for something bright in the distance. And it symbolizes the variety of possible options for the formation of our Earth in these changes of the universe that are beyond my understanding.

Plans
There are plans to redo the work, taking into account the change in the translucent fragments of the wings. I hope to finish this someday.