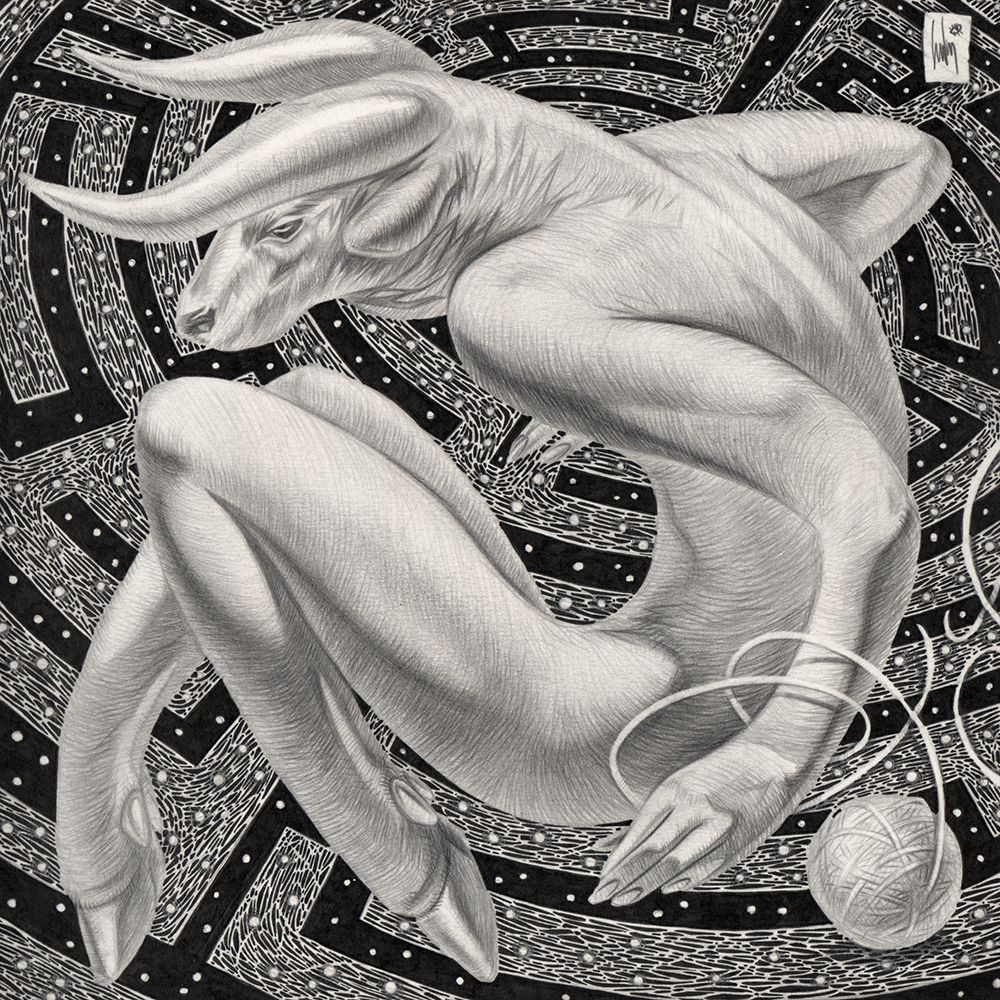 Idea of work
As almost always I did not choose the topic in advance, I saw everything in the lines in the process of drawing. Many people know the legend about the Bull of Minos, and despite the fact that the Minotaur is the negative hero of this myth, everyone knows him and much less of Theseus’ people, who won the bull in the labyrinth. The Minotaur is also somehow closer to me than Theseus, he lived alone in a dark labyrinth for many years, which could not but affect his character)) Therefore, I wanted to slightly change the ending of this myth. In my version, the Minotaur survived, unlike Theseus, which is indicated by the torn thread of Ariadne.

Technics
From the point of view of the technical execution of the work, I used my favorite combination of a pencil and a pen, which gives the necessary contrast, graphicality and composure of the composition.

Plans
As always, the plans include a lot of thoughts about all the myths and legends of the ancient world. But to come up with something interesting yourself, unfortunately, not always, just desire is enough. You have to wait for the right inspiration and wait for the right image to emerge from the lines and shapes.