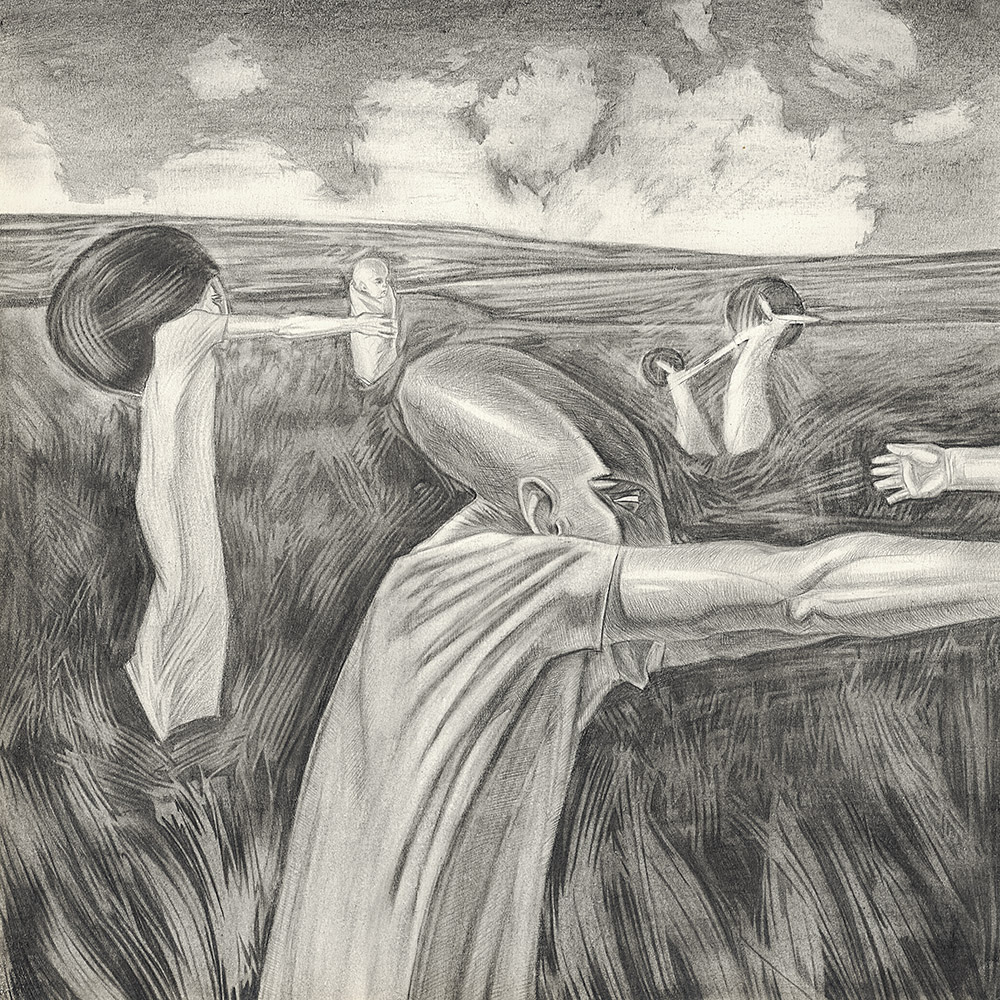 Idea of work
This series of works is my thesis based on another work «Manipulation». I developed this topic and linked it with one work by Igor Vykhovanets, «A Practical Guide for Advanced Suicides», whom I know personally. This is an extremely interesting person whom I am not destined to understand. I did not manage to thoroughly study his entire book, but the main idea is clear and on its basis I prepared my series of works «Manipulation of Consciousness».

My opinion on this topic is twofold, on the one hand I agree that we do not have our own opinion, but our opinion, either completely imposed from the outside, or with small interpretations, again formed on the basis of other opinions, but on the other hand, living suppose in a forest completely cut off from the human world, we will have no opinion at all. So it would be nice, of course, to find a certain teacher who has comprehended the truth, who will be able to direct you in the right direction, but if this is possible, then obviously not here, but somewhere in secret Buddhist monasteries, the existence of which we will never know …

Part 1
This part deals with the capture of unchanged consciousnesses that have not yet been influenced from the outside and have their own judgments.

Part 2
In the second part, people who are brainwashed by imposed knowledge, forcibly take their children to where they will gradually transform to a state convenient for manipulators.

Part 3
The third part is an allegory for those who are engaged in these modifications, who distribute a ready-made worldview to those who are unable to fight them and think independently.

Part 4
The fourth part, this is already a zombie society in the face of a «happy» family. In the background, another “processed” family is calling you to go through this procedure.