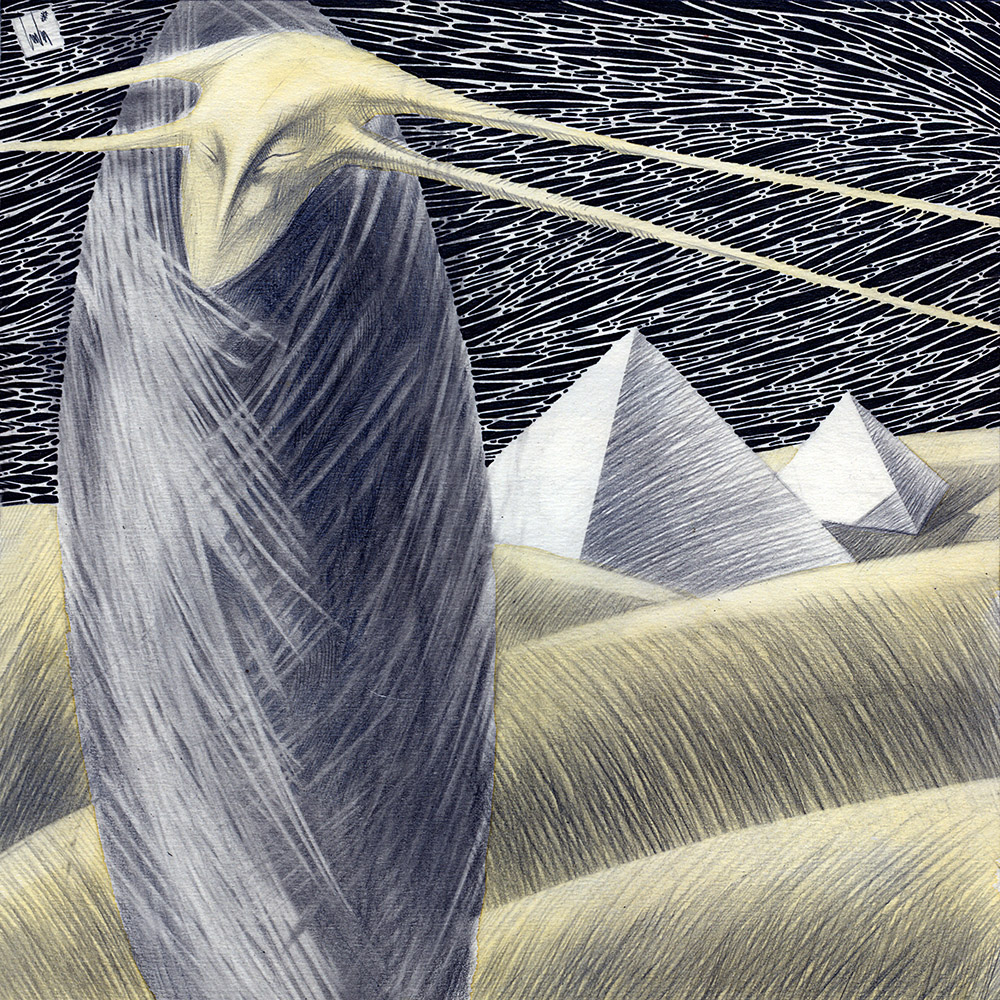 Idea of work
I consider myself a happy person. My mother sent me to an art school, where, in addition to drawing, we studied “art history”. Then at school we studied «the history of religions» and despite the fact that I myself am a lazy person I, as it turned out later, remembered a lot, and now, while drawing, I see mythological scenes in my lines again and again. So this time, the figure in the foreground plus the pyramids prompted me to think about who actually built and invented the pyramids. It is clear that Imhotep, but who he really was, no one will know, so you can portray him as an alien creature and I hope he will not be offended at me for that.

Technics
The watercolor added, in my opinion, a certain mystery to Imhotep’s already thoughtful gaze. The pyramids have already been completed, and instead of admiring his creation, he looks in a completely different direction, pondering another great building, or simply thinking about his own …

Plans
Myths and legends of the peoples of the world are, in my opinion, the most interesting heritage of our ancestors. In which thousands of years of experience and reflections on a wide variety of topics are collected. And it is very interesting to be a part that continues this process in part.