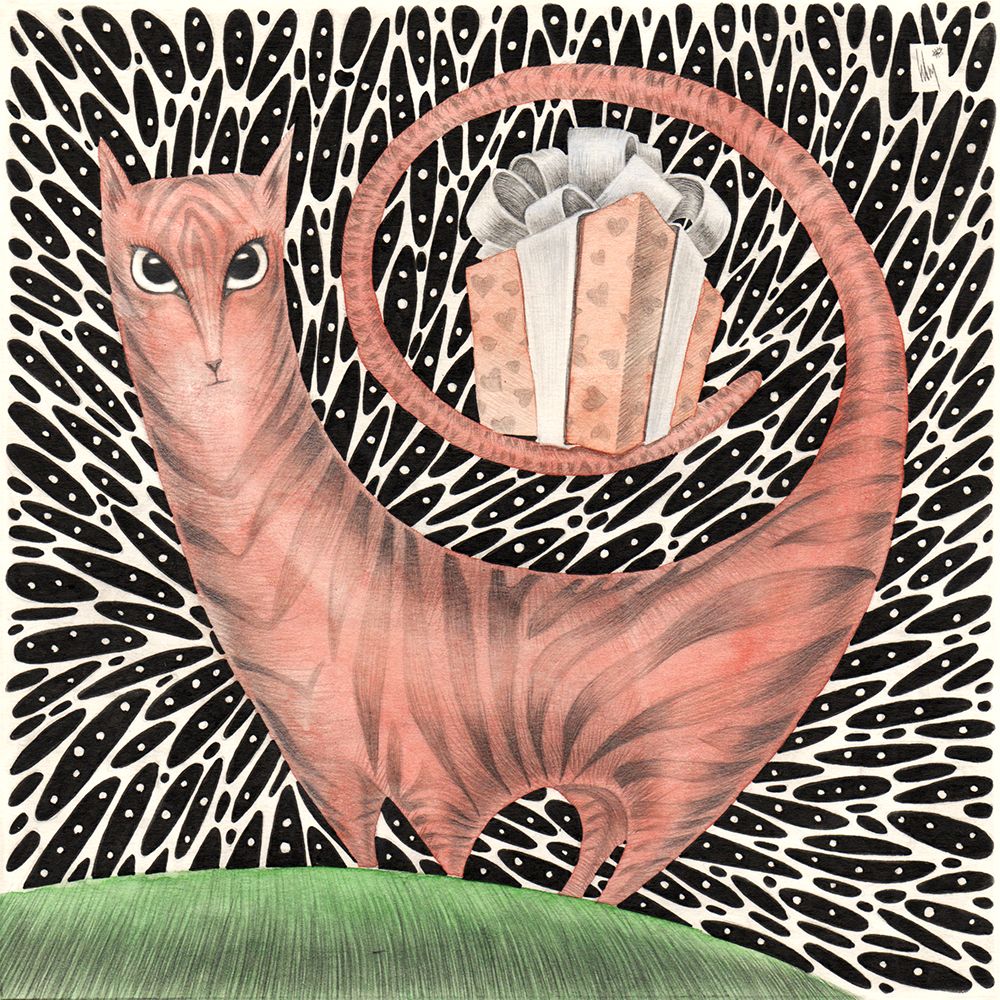 Idea of work
I painted this work as a gift to my ex-girlfriend. But while I was painting, we parted with her, and the work remained with me, which is both sad and not at the same time.

History of creation
And after a while, when I participated in an exhibition in Langres, France, this work (like four more) was sold without my knowledge. And my correspondence, which I conducted for a whole year trying to return my work, did not lead to anything (( So this work still left me, although not in the direction that was originally intended. But, I am one of those who cannot just part with my works and years later, I drew it again, and in my opinion it turned out even better ))

Technics
From a technical point of view, in addition to pencil and pen, I used watercolor, which brought in a more festive mood. I constantly want to use watercolor in other works, but sometimes it seems superfluous, and sometimes I am afraid to spoil the general style that I have already formed.

Plans
There are plans to use watercolor more often and develop the gift theme to some kind of series. Or create some kind of postcards for various holidays.