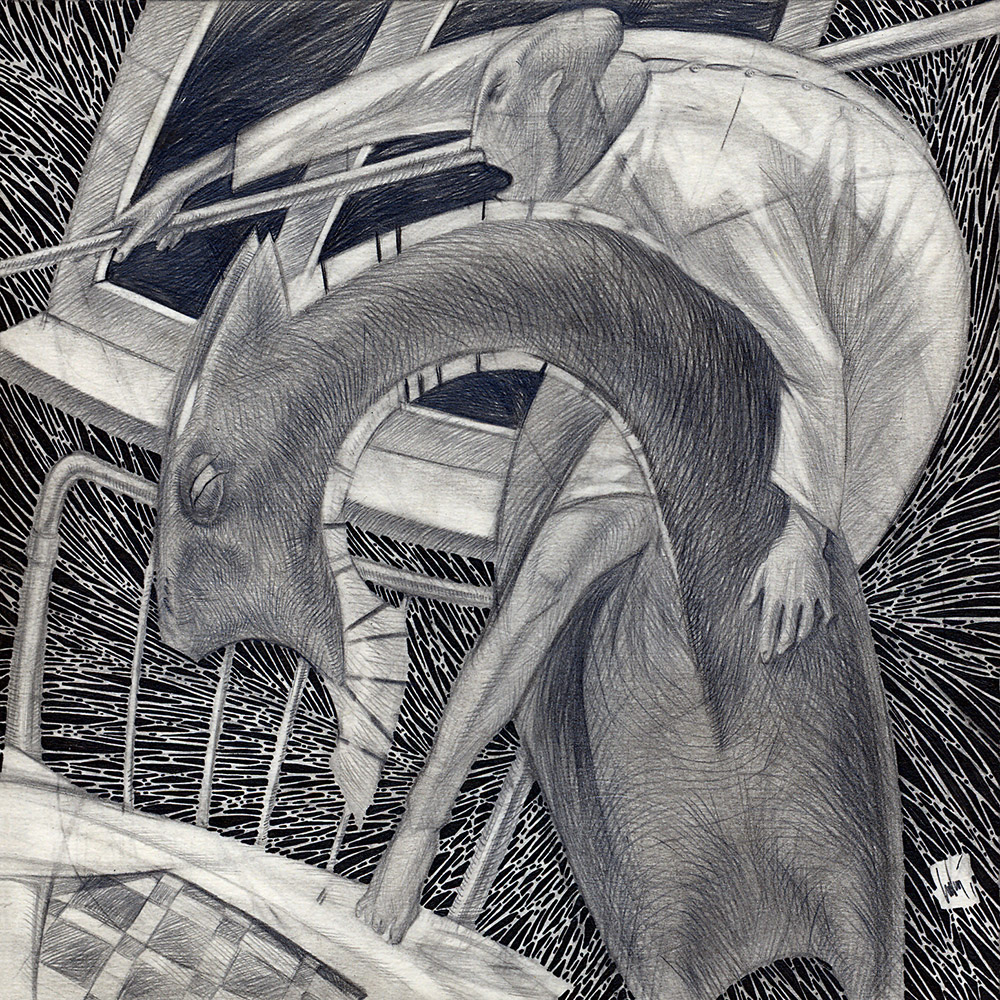 Idea of work
People in mental hospitals are a separate world that deserves its existence. A difficult topic on the attitude to which in our time it is better not to argue. But from time to time, individual people with a different view of the world end up in history either in the form of literary works or works of art. So I decided to slightly interpret the exploits of the well-known Don Quixote.

Technics
I also consider this work to be one of my favorites. From a technical point of view, it did not manifest itself immediately, and this can be seen from the emerging lines that do not belong to the general composition, but are also the skeleton of this picture and I also like that.