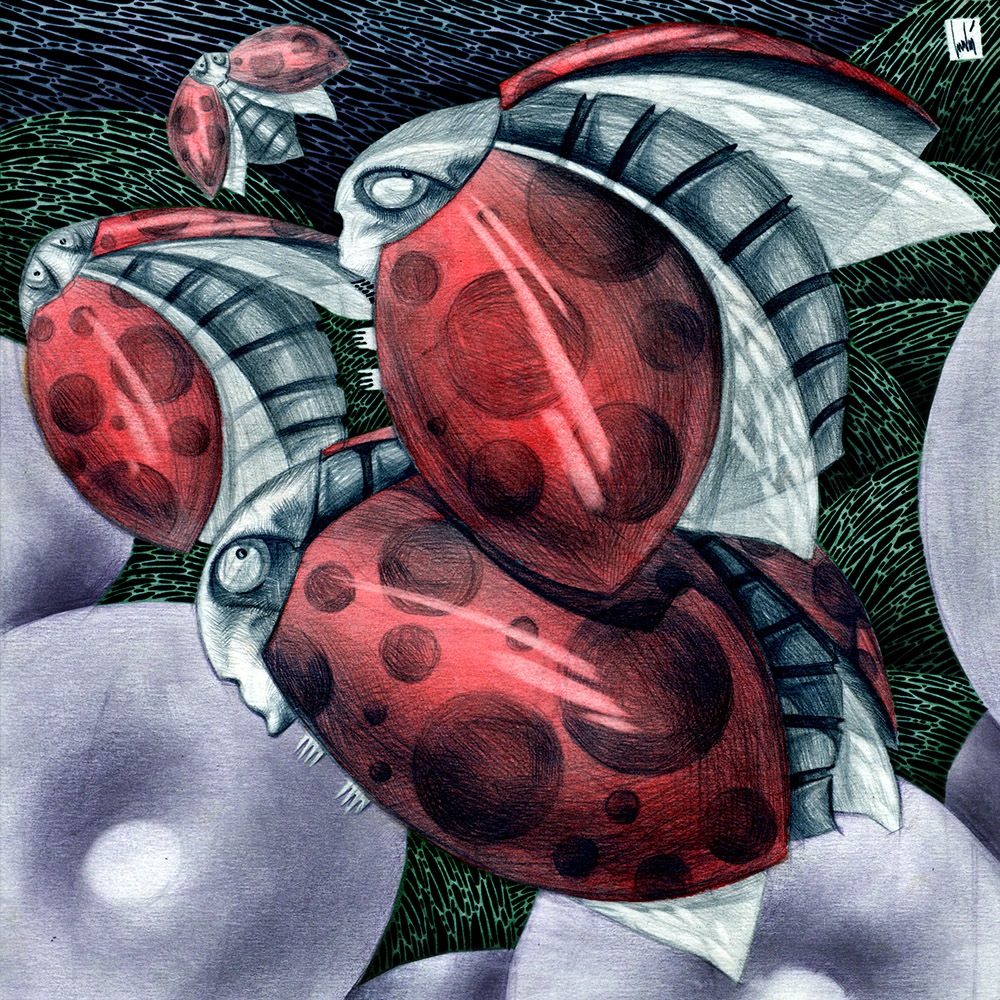 Idea of work
The birth of this work, as usual, was spontaneous. It’s nice to be a conductor between a chaotic sequence of lines on paper and the final idea that until then is hiding somewhere in your head. This is straight detective mixed with science fiction.

Well, the difficulties of translation, as always, are frustrating. And the clearest example is the name of this insect, the origin of the name of which I do not understand at all. In Russian: Божья коровка, where does God and what kind of cow is, it is not clear. In English Ladybuck, anyway I would never have an association with a lady. For the Germans, it may be a little simpler «Marienkäfer», a beetle discovered by some Marien. And even then it is not a fact that everything is so simple. So while I was drawing these beetles, their faces came out not at all divine, but on the contrary. From this and the idea of ​​the name, which sounds normal only in Russian  ((

My attitude to insects
I love insects very much, I never offend them and try to help them whenever possible in difficult situations. Well, apart from mosquitoes, flies and moths, and even then I find them extremely beautiful and interesting. Once on the train I rode for 40 minutes with a wasp on my scarf, and carefully carried it out at my stop and set it free. I hope she did not go further and I did not interfere with her journey ))

Plans
So I draw, draw and I will draw insects with great pleasure.

The work was created on the basis of the graphic work «Devilish ladybugs».